I first saw the momumental graphite and charcoal images by Robert Longo in the exhibit entitled Proof: Francisco Goya, Sergei Eisenstein, Robert Longo at the Brooklyn Museum in 2017.

A bio about this New York based artist describes him as an…artist best known for his detailed photorealistic drawings of jumping figures, sharks, tigers, and guns. Drawn in charcoal, graphite, and ink, his monochrome series Men in the City renders businessmen and women in a state of suspended animation, and brought the artist critical acclaim in the early 1980s.

For me, it was his 2015 piece: Untitled (Bullet Hole in Window, January 7, 2015) that depicts the splintered glass door of the offices of the Charlie Hebdo magazine in Paris that jumped off the gallery wall.

So, when what appeared to be a bullet hole in a glass brick building facade in downtown Orlando leaped out in front of me, I knew I had to photograph that bullet hole.

I also recently discovered tow of Longo’s figurative pieces on view at the Orlando Museum of Art,

Here’s my bullet hole, and his, side by side!

My family and I, including pup, visited this lovely wetland park located in Leesburg, just south of The Villages and Ocala and about 45 miles north of Orlando. The park is spread out over 45 acres beside Lake Harris and features landscaped islands connected via walking paths, as well as picnic facilities, good fishing spots, […]

Hello friends. This is a quick “reblog” to a fellow WordPress site that features travel-centric images and stories. My own photograph- Orlando Mirage #14 is featured in the current edition. Navigate on over to Wanderlust and take a look! Image by Nichole Spates (c) 2021 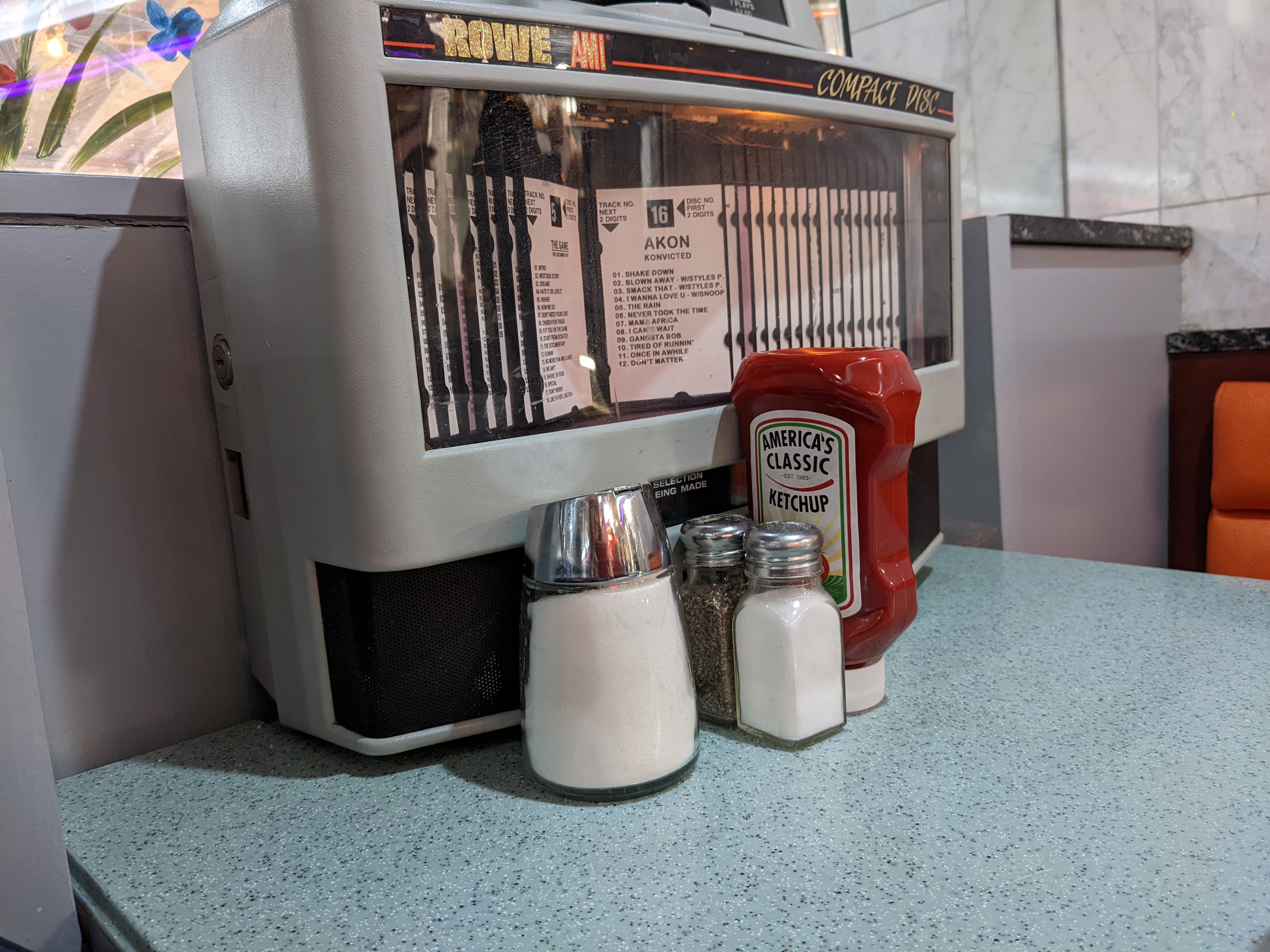 Diners were literally part of New York City culture in the 20th Century. Many have struggled in this century, and many have been lost. On a recent trip to New York, I visited The Buccaneer, a diner in Elmhurst, Queens, about 1 mile from LaGuardia Airport, and accessible by city bus from the airport. The […]